Photo by Alex Knight on Unsplash

According to USA Today, as many as 73 million jobs may not exist by 2030; however, we could see benefits like an increase in productivity and economic growth “counteract” job losses. But, will it? Will it not? That is a question several economists mull over.

What we can say, given our increasing reliance and incorporation of technology, we predict that coding will be a skillset job seekers will list on their applications—along with the usual: typing, Excel-savvy, multitasking, you name it.

But does everyone have to be proficient in coding? Are all of our jobs reliant on how well we know to insert code? Read on to find out!

Because of automation, we are seeing more self-checkouts in grocery stores and convenience stores. Even some fast food stores—like Wendy’s—are planning to install not one but more than 1,000 self-ordering kiosks in its stores.

The truth is, automation cuts market costs and saves companies a lot of money. Think about it: unlike an employee, self-ordering kiosks and self-checkouts, you name it aren’t going to get tired; they won’t come in late to work, and the chances of getting an order wrong is a lot lower. In other words, it’s safe to say automation minimizes human error.

According to CNN Money, cashiers and toll booth operators, drivers, and fast food jobs are all at risk of becoming fully automated; however, other jobs like nurses, doctors, youth sports coaches, hairstylists and cosmetologists, songwriters, and social workers are far from being at risk.

Pretty much any job that incorporates a high degree of “humanness”—like empathizing with the client or using emotional nuances to do a better job—are in the clear.

But what how are tech industries faring? How is automation affecting the way developers and quality assurance do their jobs?

A Shift in the Tech Sector

Thanks to automation, we even see a shift in the tech sector. DevOps teams, for instance, are responsible for deploying automation (not to mention making sure the site is up and the server doesn’t crash, etc.).

While those in the quality assurance sectors are relying more and more on coding to test products before they are distributed.

In some instances, they even do some degree of auto-testing, and some may use error monitoring software to rule out bugs, which you can learn more about at https://stackify.com/error-monitoring/.

But Where Does Coding Factor In?

The age of automation is upon us, and with that, employees and job seekers can strengthen their skill sets by learning how to code. However—and this is a big, however—unless you work in the tech sector, you probably don’t have to be a coding expert.

Even Low-Risk Jobs Can Benefit from Knowing Some Coding Basics

As we mentioned, songwriters aren’t at risk at automation (as of yet), but that doesn’t mean they can’t benefit from learning some code and using automation in their song recording processes.

Long story short, learning how to code can only make you are a  more in-demand employee. But, like we said, unless your job is tech-related, it isn’t an end-all-be-all.

Photo by John Schnobrich on Unsplash

Automation doesn’t have to because for concern. Remember, we’ve gone through several economic transitions—such as the Industrial Revolution or even the shift from letter writing to email—that have changed how we do business (for the better).

What are your thoughts on automation? Will AI take little, some, or all of our jobs? Do you think it’s a positive or a negative? We want to know your thoughts; be sure to leave a comment in the comments section below. 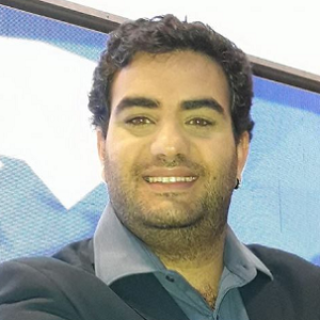 Pleasure to introduce myself I am Riley Young 33 years old from London, UK. I love DIY and life hacks videos as they have helped me learn many things that i couldn't even think of.